Why you probably won't get the plague 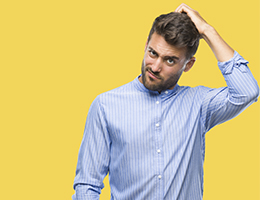 Dec. 9, 2019—Maybe you've heard the reports about an outbreak of an especially dangerous form of plague in China. If so, you might be concerned and wonder: How likely is an outbreak in the U.S?

The answer is a reassuring one: Any type of plague affecting humans in this country is rare. On average, only seven cases are reported every year, according to the Centers for Disease Control and Prevention (CDC).

The facts about plague in the U.S.

Plague is an infectious disease that can become severe if not treated. There are several forms, and they are all caused by bacteria usually found in small mammals like rodents and their fleas. China's outbreak included the deadliest type of plague, pneumonic plague, and the only one that can spread from human to human.

Pneumonic plague affects the lungs and causes pneumonia. It is spread when an infected person or cat coughs and releases respiratory droplets into the air. Breathing in those droplets can trigger the disease. It can also develop if other forms of plague are left untreated and spread to the lungs.

In the U.S., however, more than 80% of all cases of plague are bubonic plague, which is the least serious type. Typically, the bite of an infected flea is to blame.

With bubonic plague, bacteria multiply in the lymph node closest to where the bacteria entered the body. Treatment with antibiotics can help keep the bacteria from spreading into the bloodstream or to the lungs and causing a potentially deadly infection.

Prevention is the best response

In the U.S., plague typically occurs in western states, particularly Arizona, California, Colorado and New Mexico. If you live in an area where plague occurs, these steps from CDC can help protect you and your family:

Make your home rodent-proof. Eliminate nesting places by removing brush, rock piles, trash and excess firewood around your home. If you keep pet food outside, place it in a rodent-proof container.

Don't touch. Avoid picking up or touching dead animals that may be infected, such as squirrels, rats, prairie dogs or rabbits. If you must handle them, wear gloves. Contact your local health department if you have questions about how to safely dispose of dead animals.

Protect your pets from fleas. Cats bitten by infected fleas can become very sick, and they can infect you merely by coughing. Dogs are less likely to become ill, but they can carry infected fleas into your home. So regularly treat your dogs and cats for fleas, and take them to the vet right away if they become sick. Also, try not to let your furry friends roam freely in a rodent habitat, such as prairie dog colonies.

Don't let pets sleep next to you if they do roam outside. This has been shown to reduce the risk of getting plague.

Apply insect repellent if heading outside to camp, hike or work. Use a repellent that contains DEET to prevent flea bites.